Oahu Hits in One Day

Home » Oahu Hits in One Day

Transiting through Oahu and nothing to do? Oahu is Hawaii’s most populated island, and the business center of the island state.  Home to one of the major airports in Hawaii, you might find you have some time here while on the way to a cruise or other island.  Good news is that there is plenty to see in a short timeframe on Oahu.  Here’s my story and some ideas if you find yourself with a few hours, or even an overnight in Oahu.

There arn’t many beach vacations that are close to Vancouver. The PNW is beautiful, with dramatic scenery that rivals dreams,, but the beaches are rocky and cold, not ideal for getting your tan on.  So when I had an opportunity to stop in Oahu for a week-long convention, I of course booked some time in advance to see the sights, and brought along my partner.

Hawaii is an easy jaunt from Vancouver. It’s usually a direct flight, unless we want to change to a major US carrier in Seattle. Not only that, but we gain time going west. So a flight leaving at 6 pm, flying for about hours, will still get us in on the same night.

We landed at about 9 pm. After procuring a rental car, we luxuriously missed the famous Waikiki traffic and ended up at the hotel at about 10:30 pm.  I was worried about finding a place to eat, as we were starving, and in our experience, a lot of sleepy islands usually shut down early.  The staff at our hotel were very friendly, and let us know that a certain diner was open 24 hours, and even carried the famous local comfort food dish, Moko Loco if we wanted to try it.

After dropping our bags, we embarked on a short walk through town to the restaurant.  The restaurant, Mac’s 24/7, is most likely named as such to advertise that they are, in fact open, 24 hours a day, 7 days a week.  The late night grub was exactly what we needed to refuel. 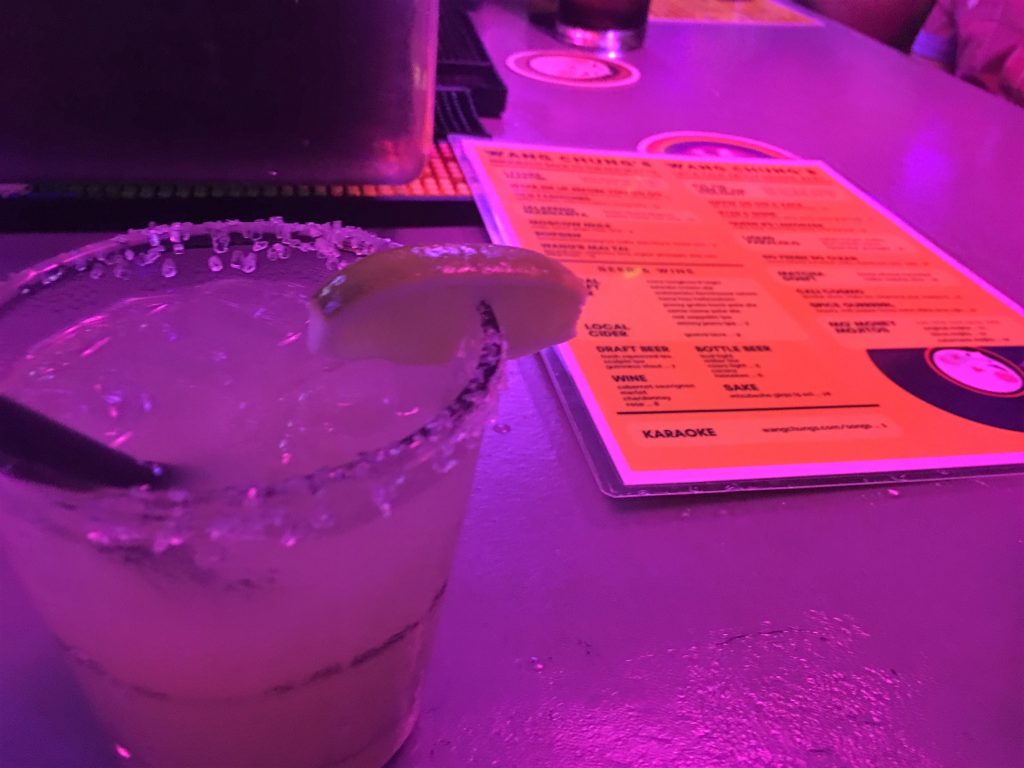 The food in our bellies helped us forget about the six hour time difference, and we embarked on foot to discover late night happenings around town. This led us to late night karaoke at Wang Chungs where we sang along to the rowdy crowd. After a cocktail or 2, we were finally tired enough to hit the hay.

Waking up in the morning started our only day in Oahu, where we decided a hike with some nice views would be good for the soul.  I have a few strict, but easy rules for a hike, in that: there has to be views, and there has to be alcohol.  A quick google search indicated the Lanikai Pillbox would fit the bill.

Ascension started early (hey….8 AM is early for me ok?!) to beat the heat, but there was already a crowd parked at Lanikai beach, so we knew we were in for a busy trek.  The views do not disappoint, and yes the water is as blue as you see in the pictures!  There are several vantage points to enjoy if you would like to take the trek a little further, but my spouse and I had more of Oahu to explore and headed back down.

Following the hike, we rewarded ourselves with a picnic lunch on Lanikai beach.  Provisions were bought from Kalapawai Market.  Cheese, crackers, some meats, and even a bottle of wine.   The snacks kept us satiated while we lounged on the soft sand of the beach and took in the scenery. 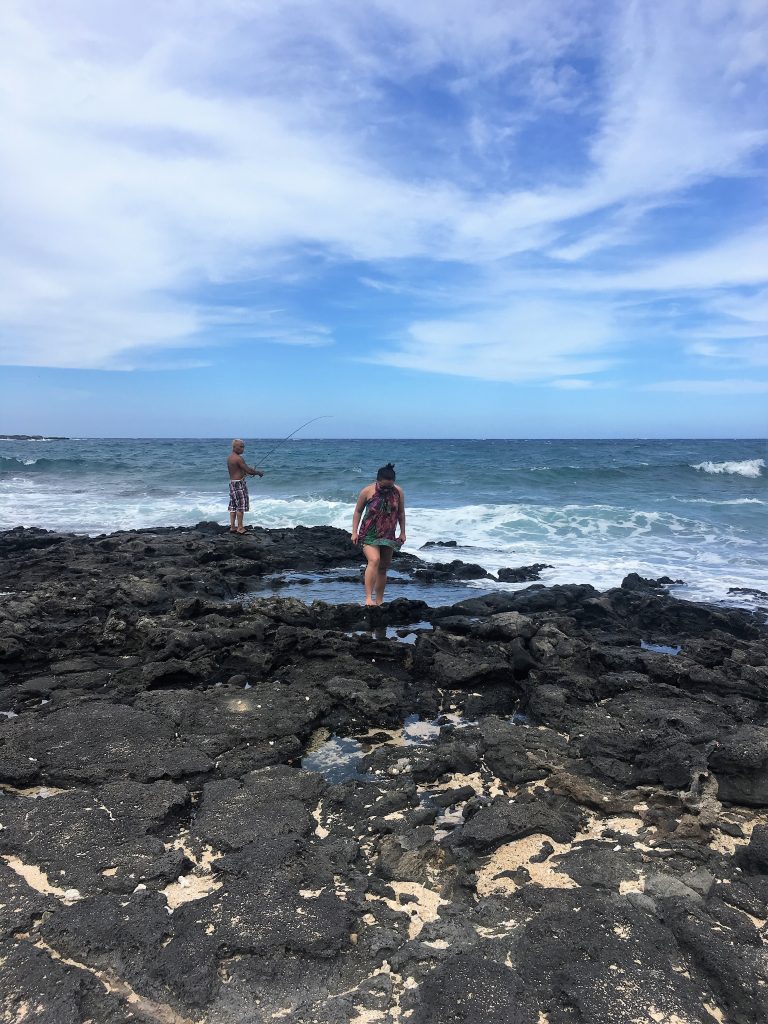 Up for more adventure, and making the most of our time in Oahu, we made a trek back towards Waikiki and stopped at the Pools. These beautiful, natural and relaxing pools are made by the rhythms of the tides.  Low tide exposes shallow, pond of warm water, almost like a wading pool.  Laying our beach towels close by, we were able to sit and relax in the sea water, watching the waves and occasionally getting splashed by the errant rising tide.  There was only one thing that bothered me about this stop:  Punctuating the white sand, you’ll see bits of unnaturally colored stones.  Upon further examination, these are in fact, not stones, and instead bits of red, purple, pink….you name it, colored plastic trash, rubbed down by the waves to smoothly colored rocks. As usual, it saddens me to go to beaches where the evidence of human waste is everywhere.

While lounging, we realized Oahu is home to one of our favorite type of waters, RUM!  We quickly dusted off with a water bottle shower and changed, in order  to speed over before they closed for the day.  The drive took us through bucolic sugarcane farmlands, right where I would expect a rum factory to be.  A tour started on the hour, taking us through the various areas of the factory, to the final ceremony, a rum tasting!  If you haven’t tried agricole rum, I’ll have to write a whole different post about the grassy, pungently fermented taste of this rum, it’s not for everyone!  Ko Hana quickly became our favorite rum, and we still look for this type of rum at bars and stores around the world.

Already quite buzzy from the rum tasting, we decided we had enough time between heading back to our hotel, getting ready, and dinner, for a stop for cocktails.  Waikiki is a long strip of beaches, hotels, stores, and restaurants, so stopping at the pink palace for a mai tai was a must do.  The Royal Hawaiian is old school glam, done up for a modern clientele. Their beach bar is aptly called The Mai Tai Bar, so of course we had to indulge in their namesake drink.  We were lucky enough to score a spot at the bar, where the show was the bar staff perfecting their craft.

I had always wanted to try Roy’s for a fancy night out.  The original is still located on Oahu, and is not affiliated with the chain.  Fancy pants “me” made sure to make a reservation in advance, but at the one in Waikiki, closer to our hotel. The food as usual was spectacular! Pacific rim seafood and meats that perfectly emulated the Polynesian-Asian influences of the islands.  The wine list was also impressive!

After this action packed day there was no room for karaoke or moco loco, we were pooped!  But ultimately happy that we made the most of our one leisurely day.